You are here: Home / News / Industry Encyclopedia / What is the Cause of the Short Circuit?

What is the Cause of the Short Circuit?

The word "short circuit" is often wrongly used to refer to any wiring problem in a circuit. Formally, a short circuit is a special case in which the current deviates from the established path of a circuit.

As the name suggests, a short circuit is a situation in which a current travels through a shorter distance than an existing line. In essence, electricity returns to the ground. In a working circuit, this means that the current flows back to the service panel through the established wiring circuit and back through the common line. However, if the connection inside the line is loose or disconnected, the current may "leak". In this case, the current immediately seeks to return to the ground through a short path. The pathway is likely to be through flammable materials, even through the human body, which is why short circuits can pose a risk of fire or fatal shock. This happens because these other materials provide a resistance path that has less resistance than the copper wire in the circuit. 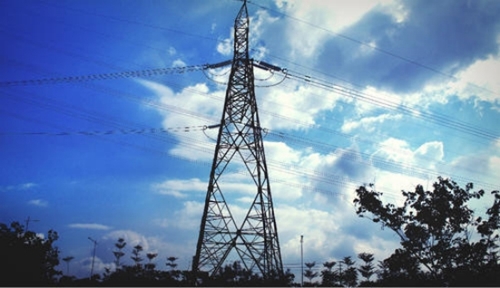 The term "electric wire short circuit" is most often used by electricians to refer to the situation in which a charged hot wire contacts the neutral line. When this happens, the resistance immediately decreases and a large amount of current flows through unexpected paths. When this typical short circuit occurs, crackling sounds may be heard, and sometimes even smoke and flames may appear. We can use fault current indicators to help us confirm whether there is a short circuit.

A ground fault is a type of short circuit, when the hot wire carrying current contacts some grounding and short circuiting devices of the system, such as bare copper ground wire, grounded metal wall box, or grounded part of the appliance. As with classic short circuits, a ground fault causes an immediate reduction in resistance, allowing a large amount of unimpeded current to pass through unexpected paths. But the chances of electric shock and flame are much smaller here.

Old or damaged insulation may cause contact between the neutral wire and hot wire, resulting in a short circuit. Puncture and aging of nails and screws can lead to deterioration of wire shells or insulation and short circuits. Alternatively, if an animal pest, such as a mouse, mouse or squirrel, chews on the circuit wiring, the inner conductor may come into contact and cause a short circuit. Equipped with safety grounding and a short circuit kit is a measure that cannot be ignored.

Accessories may be loose, sometimes allowing the neutral and live wires to contact. Fixing faulty wire connections is tricky and is best handled by someone who is fully familiar with the wiring work.

Since the 1960s, almost all new or updated cabling systems have been protected by the main service panel containing individual circuit breakers that control individual circuits in the home. Old wiring devices provide similar protection through fuses. The circuit breaker uses an internal system of springs or compressed air to sense changes in current and to disconnect the circuit in the event of irregularities, such as the unobstructed flow of sudden current during a short circuit.

Since 1971, the electrical code began to require ground fault protection through special GFCI circuit breakers or GFCI sockets. These devices provide similar functions to circuit breakers because they can sense changes in current, but they are much more sensitive than circuit breakers and cut off current when they sense very small current fluctuations. GFCI is most valuable in preventing possible impact when grounding fault is short circuited. Moreover, the combination of earth fault indicators and ground fault indicators can achieve better results.

Since 1999, electrical codes began to require a new type of protection to prevent arcing - sparks that occur when electricity jumps between metal contacts, such as when wires are loose but not completely separated. You can think of an AFCI as a device that predicts a short circuit and turns off power before a short circuit condition is reached. Unlike the GFCI designed to prevent electric shocks, AFCI is most useful for preventing fires caused by arcing. AFCI protection can be provided by AFCI circuit breaker or AFCI socket. Therefore, using arc fault indicators and fault circuit indicators together can achieve twice the result with half the effort.