You are here: Home / News / Industry Encyclopedia / What Is A Line Fault?

What Is A Line Fault? 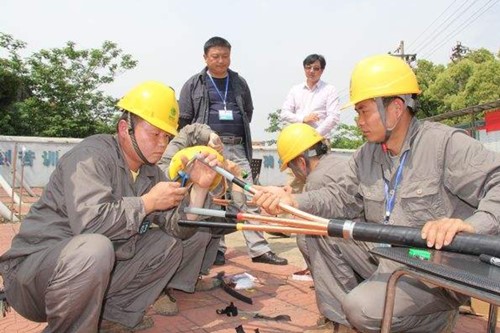 Any type of short circuit will have a certain impact on the whole electromechanical working system and the long-time fault operation will make the equipment overheat and bring operation obstacles, which will lead to the paralysis of the whole system. Equipment failure due to heating is mainly caused by excessive voltage or current.

After the machine tool breaks down, the operator should know the situation before the fault occurs at first, which is conducive to analyze the cause of the fault according to the working principle of the electrical equipment. The contents of general inquiry include the time of the failure, the working order of the machine tool when the fault occurs, the buttons to be pressed, the switch to be pulled, whether the equipment has abnormal phenomena before the fault, and whether similar faults have occurred before.

l Check whether the fuse is fused, whether the motor speed is normal, whether the wire connecting screw is loose, and whether other electrical components are burnt out, heated, and broken.

l Listen to whether the motor, transformer, and some electrical components in the operation sound are normal, which can help to find the fault location.

l When the coils of motors, transformers, and electrical components occur short circuit and overloading, the temperature will rise significantly, so you can cut off the power and touch it by hand. After the failure is not found in the power-off inspection, the electrical equipment can be electrified for inspection. During the power on inspection, the motor and its mechanical parts should be separated as far as possible, and the controller and transfer switch should be set at the zero position. Then use a multimeter to check whether the power supply voltage in short circuit, lack of phase, or serious imbalance. The sequence of power on inspection is the control circuit, main circuit, auxiliary system, main drive system, AC system, and DC system. After power on, observe whether the electrical components act according to the requirements and whether there is fire, smoke, and fusing until the fault location is found.