You are here: Home / News / Industry Encyclopedia / What Do You Think of Short Circuit and Ground Fault？

What Do You Think of Short Circuit and Ground Fault？

How to distinguish the fault types of short circuit and earth fault in practical applications?

1. The down lead of the line conductor or the stand is broken, falling on the ground or hanging on the cross arm, which causes an electric wire short circuit.

2. The insulation of the line insulator, 10 kV arrester or 10 kV fuse is broken down.

4. Single-phase insulation of high voltage winding of distribution transformer is broken down or grounded.

5. Thunder falls on the line.

6. One end of the tension band of the upper cross arm of the conductor erected on the same pole falls off and is hung on the lower row of conductors.

8. Bird damage or floating objects (such as plastic cloth, branches). 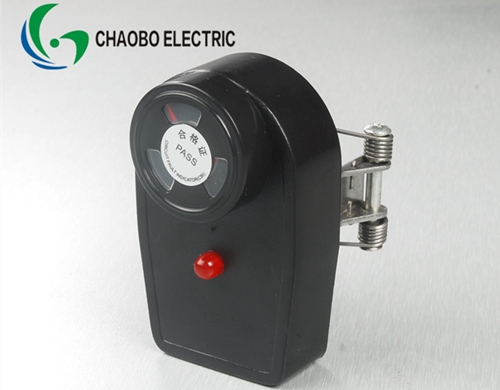 1. Due to the long-term operation of the equipment, the insulation is naturally aged and is broken down by normal voltage.

2. The equipment quality is poor, the insulation strength is not enough, and it is broken down by normal voltage.

3. The equipment insulation meets the requirements, but it is broken down by overvoltage.

4. The insulation of equipment is damaged by an external force, resulting in short circuits, such as being bitten by rats.

In some systems, such as the transformer neutral point ungrounded system, single-phase grounding will not trip, allowing continuous operation for 2 hours. During this period, we need to remove the fault as soon as possible, because it is to prevent another point of grounding from causing a two-phase grounding short circuit. Automated electrical wire fault indicators and reliable cable fault passage indicators can help us quickly troubleshoot. The short circuit is the most serious accident in the power system, which refers to the direct connection between phases, and the short-circuit current is very large. There are many kinds of short circuits. As long as the current does not go back through the specified path, it can be between the phase lines, between the neutral line or the protection line of the phase line, or between the phase line and the ground (that is, ground fault). When two or more phases are grounded, it is called a grounding short circuit, which is also a kind of short circuit. Because the earth is conductive, two-phase grounding is equivalent to direct short-circuit between phases. At this time, reliable electric wire fault indicator monitoring systems and advanced electric wire fault indicators are needed.