In order to avoid or reduce the occurrence of line failures and improve the reliability of power transmission, it is necessary to deeply analyze the causes of transmission line failures and formulate different prevention measures(The common method is to install the automated cable fault indicator monitoring system). Based on the analysis of the types of short circuit fault trips and fault data of transmission lines in China in recent years, the following electrical short circuit fault reasons are summarized, including lightning strikes, icing galloping, wind eccentric discharge, pollution flash, etc. This article will focus on the analysis of several common causes of transmission line faults. 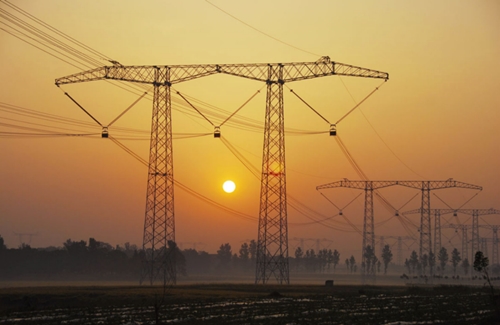 The main reason for the falling tower is that if the ice coating occurs when the transmission line is running, the pressure on the falling tower will be higher than the maximum capacity. At this time, the pole will collapse or deform because it cannot withstand the actual pressure. If the above-mentioned problem occurs on the pole, it will cause the unnecessary failure of electrical equipment.

If the wire has an icing problem, it will generate gravity to cause serious deformation of the pole. If there is artificial vibration or the temperature rises, it will cause the icing to fall off, the elastic properties of the wire will gradually become the kinetic energy of the wire, causing the wire to jump, so that the pole and the wire will shake seriously and cause the wire to malfunction. When configuring and designing the insulation of transmission lines, due to the relatively low design level and imperfect climate data and environmental governance measures, the lines will be defaced. If severe environmental pollution or bad weather occurs, it will reduce the power system's anti-pollution flashover ability, so that the transmission line cannot operate normally.