You are here: Home / News / Industry Encyclopedia / The Classification of Line Fault Indicators

The Classification of Line Fault Indicators

In recent years, China has carried out large-scale reconstruction projects for the networks, and the state has invested hundreds of billions of dollars in construction. At the same time, the accelerated economic development has also brought about a series of unacceptable "electricity shortages", which has caused more than 100 years. The largest power investment in the history of power development. The economy of the overhead power distribution industry, which is closely connected with it, has also become increasingly developed. Among them, the market demand for fault indicators has greatly increased.

At present, with the development of technology, the line fault indicator has continuously improved its technological content and has a wide variety of products. According to the different characteristics of transmission and distribution lines, there are corresponding products of various specifications and models, mainly including the following series.

According to the short-circuit phenomenon, the current is positively changed at the moment of the electrical short circuit, and the protection action is powered off as the action basis. Mainly used for empty overhead power lines (on bare wires and insulated wires), return-to-network cabinets and box transformers. When the line is short-circuited, the flop is displayed in red. It is small in size, easy to install, and has a self-check function.

The short circuit and earth fault indicator is a detection device designed for automatic monitoring of power grids, and is suitable for high-voltage switchgear and power distribution systems below 35KV (inclusive). It is mainly used for detecting, indicating, transmitting fault signals and sending remote instructions and alarms. It also has memory and recovery functions. It is mainly installed in the feed-out circuit and substation and distribution system of electrical equipment such as high-voltage switch cabinets, ring mains cabinets, and cable distribution boxes. The principle is to use the positive current mutation and the line power failure to detect the fault when the line fails. According to the characteristics of the power short circuit, the fault is judged by measuring the sudden change and duration of the current in the line by the electromagnetic induction method. Therefore, it is a fault detection device that adapts to load current changes and is only related to the electric wire short circuit current component at the time of the fault. Its criterion is more comprehensive, which can greatly reduce the possibility of misoperation. 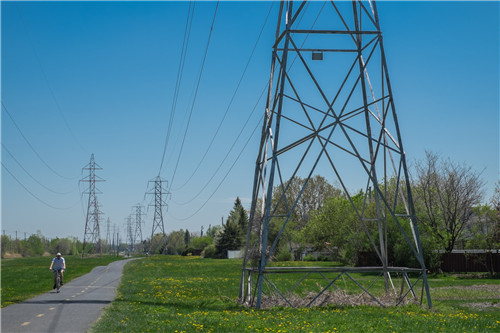 The grounding and short-circuit fault current indicator is designed to comprehensively consider the characteristics of the transmission line when the ground and electronic short circuit fault happen. On the one hand, according to the short-circuit phenomenon, the positive current mutation at the short-circuit moment and the protection action power outage are used as the action basis. On the other hand, according to the principle of grounding detection, it is judged whether the line has a ground fault. The selection and positioning of single-phase grounding in low-current grounding systems have always been a technical difficulty that plagues the operation of distribution networks. Accurate selection of grounding lines and finding sections where single-phase grounding occurs can avoid unnecessary non-fault lines and maintain the continuity of power supply.